This is strangely moving. For Holy Thursday, Pope Francis washed and kissed the feet of 12 young detainees in an Italian prison. Two of them were women, one was even Muslim.

And this is still...cool. And it’s also moving. Not all of Christopher Hitchens’ anti-religious pontificating was interesting to me, but his simple profanity, the simple “no, fuck you” as the correct response to Abraham’s order to kill his son Issac speaks volumes. That, offense or not, dear Christians, is what you say to God. That is what you say to anyone who tells you to kill your child. (Jesus, I don’t know, I feel like he had a little more autonomy in the whole crucifiction situation. Maybe I don’t get the trinity.)

Now, a lefty might say that who cares if the Pope washed some damn feet of poor juvenile delinquents — why doesn’t he institute some policies that would help them not be there in the first place? And indeed, the Catholic Church is not necessarily a net gain for the world. But young Roma immigrants in prison are pretty low on the totem pole of life. To see a man who is supposed to have a direct line to God kneeling before people like that seems to be a step in the right direction. And it seems beautiful. Humility in a way that’s not just a lazy word for someone who seems pious.

Besides, it’s easy, I suppose, to sass back to God in theory. Both acts are symbolic after all.

Hitchens’ stance on religion only really offends me when he acts as if non-believers should express nothing but hostility to any religious person they happen to meet. That’s absurd, if only because if I acted that way towards people with whom I disagree on huge issues (oh, say, the Iraq war) I would have exactly three and a half friends. Letters to a Young Contrarian Hitchens is my favorite. It’s from the post-Socialist, pre-9/11 period during which Hitchens’ love of humans, his desire for them to be free (before that was muddled up in his need to smash Islamic theocracies left and right) and his outrage over (his understand of) God as this 24/7 North Korea was highest. And it’s often a strangely beautiful, bracing attitude, even when I don’t always agree. Even his offense over the idea of Jesus sacrificing himself, being tortured, for Hitchens is great in its cussedness. He’s right about so many things, and I’m not an atheist.

I’m not an atheist and I have nothing but sincere feelings when I look at Pope Francis washing the feet of those kids. Even as I overthink those feelings.

The thing is, Hitchens at his heart seemed incredibly optimistic about people. “No, fuck you” in response to a theoretical and theocratic request to kill his children is love. But kissing the feet of kids who may have nobody in the world, who may have done bad things, poor, immigrant, oppressed kids, that’s love, too. Even if you’re doing it because you’re “supposed to”, because some old, stupid book, some ancient voodoo told you to, kissing those feet is love and it’s loving people. 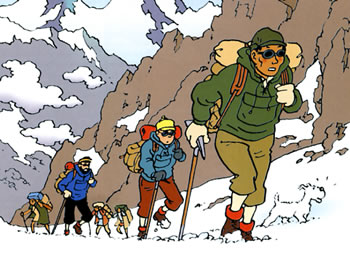 My Grandma keeps on suggesting that I read the newspaper funnies, so I must remind myself that not all comics are terrible. Please wince as I recklessly call graphic novels comics, but nobody who loved Calvin and Hobbes and Foxtrot as much as I did as a child could every consider “comic” a pejorative, so don’t even worry about it.

Mitch Clem: maker of Nothing Nice to Say and My Stupid Life, the latter of which I have read through more times than I can count. Occasionally I worry over him, when he draws something too real. Often he just writes ska-pickle jokes, or jokes about stupid, loitering punks. Sometimes I don’t get the punk rock specific joke, unless it is making fun of Against Me! or Tim Armstrong. Clem helped me learn about the existence of the edited for TV Big Lebowski. Plus, this is hilarious.

Bonus: Clem’s fiance Nation of Amanda, who watercolors his comics and just seems amazing in internetland and as a character in “My Stupid Life.” I just want them to be punk and artistic and happy together forever and ever.

Kate Beaton: How much do I love Kate Beaton’s Hark, a vagrant series? Almost enough to look up Canadian history references. Almost. She’s feminist, she’s funny, she is a giant nerd for history, a love which she mixes weirdly with pop culture and literary references and jokes about Canadian politeness. Her art is awesome, with a deceptively simple, Quentin Blake-esque style. Plus, she made the greatest mocking of/tribute to the Kennedys since that time Garrett Quinn wouldn’t stop doing a Ted Kennedy impression on the way to LPAC. Also, she invented “I had fun once, it was awful,” so fuck you, Grumpy Cat.

Anders Nilsen’s Dogs and Water — I once read it when I was really depressed, and it didn’t help, but I still got pleasingly lost in the troubling, spare  mysterious world of this comic. Something has happened — or is happening — and a lone individual, plus a teddy bear, is wandering a barren, post-war, post-apocalypse landscape.

Tintin — particularly Tintin in Tibet, The Blue Lotus, The Crab with the Golden Claws, basically anything with a lot of opium in the subplot, and at least some minority characters portrayed as heroic, not just as racist as fuck-all stereotypes (Japanese people, holy shit, Herge. You should have met some real ones). I read these books when I was little. They’re racist, violent, make light of alcoholism, and opium smuggling is a subplot in what seems like every other book. They’re also beautifully drawn, funny, and the adventures within each volume’s 62 pages inspired half the games I played as a kid (stuffed animals always had to jump/fall down a waterfall, ideally after being chased by someone gun-toting). And 1) Yes, Tintin was a journalist who never wrote a story and that was bizarre. And 2) Tintin in the Land of the Soviets sucks, but it does have a reference to Soviets taking wheat from Kulaks and letting them starve. I mean, Herge got it before The New York Times did, that’s all.  And 3) No, I didn’t watch the movie, and I just don’t want to.

Guy Delisle’s work, mainlyPyongyang: a Journey in North Korea. That is the book that got me fascinated with that world’s most fucked up nation. Delisle has more of that simple style I love. The French Canadian draws himself as big-nosed and quizzical  the backgrounds in simple black and white, sometimes with pale greens or tan. But nearly all of the most fascinating details of North Korea, from the hideous food, to the fact that Pyongyang is almost dark at night, I first got from Delisle. He’s a great person to travel with in comic form — the drawings are a bit childish, but the grim point of North Korea comes across all too effectively.

Jeff Lemire: Beaton is the Canadian comic artists to make you happy, Lemire is the one who will just make you weep, but then feel kind of good, but still lonely, but lonely in a beautiful kind of way. Ugh. His Essex County is just wonderful. I need to read all of Sweet Tooth.

Also read: Joe Sacco’s Safe Area Gorazde, for real comics reporting on the Bosnian war, and Peter Bagge’s compilation of reason comic: Everyone  Is Stupid Except for Me.

And a special shout-out to the first comic I ever bought: Batman vs. Tarzan. It’s true.

Besides this comic book about The Carter Family (I love a world where that exists) which I intend to read on the train home from California, what should I be reading that I did not include here? 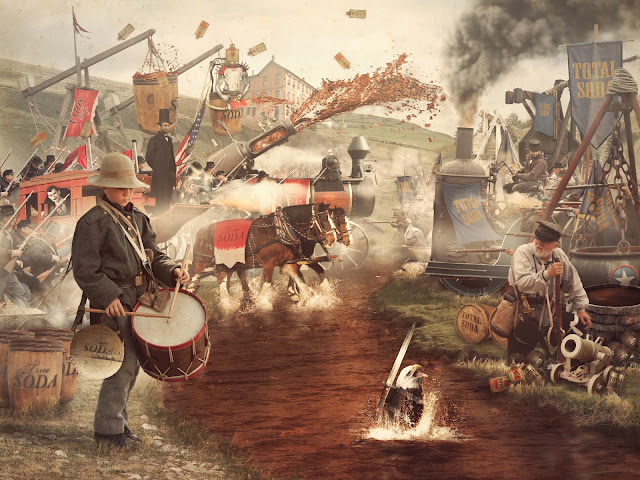 I wrote a thing about soda and freedom and stuff! It’s at VICE.com! Go read it, or even just stare at the visual the editor choose. It’s better than the one I am using, because I don’t want to spoil it for you. That’s how important this is.

I slept as well as a child on Christmas morning last night. My ego is as refreshed as a person who just chugged 20 ounces of Mexican Coke. I should probably write more, eh?

Michael Moynihan’s CPAC 2011 video. See if you give a rip.

*AKA, the only way one could possibly feel angsty and nostalgic due to missing CPAC. Being a part of Reason TV, even in a very small way, was a big deal. I miss it, I also resent that I never became as awesome at it as Michael Moynihan. Nor did I ever get to say those hallowed words, “For Reason TV, I’m Lucy Steigerwald.” Did I practice saying them into the Reason bathroom mirror on half a dozen separate occasions? I did.

Photos of the Day: Things to Do on Amtrak’s California Zephyr Route

Look out the window at the Amtrak

Look at the mountains

Hang out in the observation car

Get your hair done

END_OF_DOCUMENT_TOKEN_TO_BE_REPLACED

Photo of the Day: Readin’ About Ralph Stanley

As you might know, Sen. Rand Paul, that curly-haired moppet from Kentucky, has been filibustering the nomination of would-be CIA director John Brennan for more than four hours now. In his quest to get Attorney General Eric Holder to say that no drone strikes can be used on American citizens on our soul, he has been backed by GOP Sens. Mike Lee and Ted Cruz, and Democrat Sen. Ron Wyden. Rand has quoted Lysander Spooner, Friederich Hayek, flirted with, but then unGodwin’d just in time, by dropping some nuance re Hitler comparisons (currency run amok and the dangers of democracy, it’s okay, folks).