-Lucy Steigerwald: Columnist for VICE.com, Antiwar.com, Rare.us, and Editor in Chief of The Stag Blog; @lucystag

Our cranky, liberty-loving panel discussed warmongers, necons, Israel, and other depressing news of the day, then wrapped it up with a comic chat about the impending death of Archie, and the new female status of Thor.

Obama, the Disappointer in Chief, Pisses Off Another Lefty 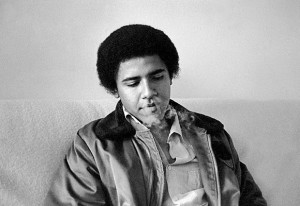 James Kunstler is a brick-throwing leftie, but he’s had it with Barack Obama, the dissappointer in chief:

“Barack Obama, who I voted for twice, is on his way to becoming the worst US president in my lifetime, at least — and maybe in the whole cavalcade going back to the very start of the republic. I don’t want to get too sidetracked in this brief blog space today, but isn’t it stupendously asinine that Mr. Obama’s Justice Department and his SEC appointees only just last week became interested in the pervasive swindle of high frequency trading on Wall Street after author Michael Lewis went on 60 Minutes. Like, they hadn’t heard about this years-long orgy of front-running until now? Strange to relate, I actually might feel more comfortable if Vladimir Putin was massing troops on the Mexican side of the US border to keep Americans safe from our own bungling and destructive government.”

Thirty years ago Ronald Reagan disappointed me because he gave speeches like a libertarian but governed like a practical politician and didn’t do much of anything to reduce the size and scope of the federales, no matter what his followers say today.

Obama must be a huge disappointment to progressives and true believers like Kunstler (not the moronic masses who blindly voted).

After almost six years Obama has shown he was nothing but an attractive Chicago-style pol with the right skin color who could write nice speeches and read a TelePrompter real good.

Instead of bringing a socialist paradise to America, which is what his followers and haters both thought he would do, he’s just screwing up healthcare stuff and still doing evil military and financial stuff that any Republican could do.

Maybe it’ll be Obama who brings us the WWIII everyone thought RR was going to bring us by doing something stupid in Ukraine (this time, unlike Syria, he won’t have Putin around to save his intervening ass).

He’s proved, for those who are paying attention, that there is no difference between the Republicans and Democrats who go to Washington.  Both parties suck for the same reason — they’re in it to get more power over us, not for freeing us up and leaving us alone.

To boot, and for the benefit of all, and I hope but I’m not counting on it, Obama’s made it impossible for any openly Big Government guy to get elected again.

He did the whole country and future generations a favor by botching health care because now no politician like Hillary who wants to be prez will ever dare to approach the subject of national single-payer healthcare. Half-assed federal healthcare, as we see, is awful enough.

Obama, bless him, has betrayed the “promise” of national healthcare and given it the third rail it didn’t have before.

Today´s video can only be Nick Cave and the Bad Seeds with ¨More News From Nowhere.¨

I always forget that in the world there exists at least one 7´56 song that doesn´t feel endless.

Taking Back Memorial Day: It Doesn’t Have to Be Unlibertarian Memorial Day is now three days behind us. The patriotic fervor of the day has dulled to a low ebb. Citizens, more distant than ever from the military, can once again forget about the soldiers dying far away. For most Americans it’s time to go back to their daily grind until the shadow of Veterans Day reminds them to wave flags and post thank yous on social media.

As for libertarians, it’s downright antithetical to celebrate a day like Memorial Day, so it’s a relief when the day passes. The idea of memorializing soldiers, the guns in the itchy trigger fingers of the State’s hand, seems loathsome. These are the people who kill enemy and innocents alike, unquestioning, based on orders given by men who view battlefields as chessboards, soldiers as pawns, and blood as a lubricant in their geopolitical ends and means.

Today is Revisionist History Day, what others call Memorial Day. Americans are supposed to remember the country’s war dead while being thankful that they protected our freedom and served our country. However, reading revisionist history … teaches that the fallen were doing no such thing. Rather they were and are today serving cynical politicians and the “private” component of the military-industrial complex in the service of the American Empire.

But this ignores the millions of soldiers killed who were drafted in the Civil War, World War I, World War II, Korea, and Vietnam. They didn’t choose to join the military, they were coerced. It also ignores the fact that the world only exists in its current capacity because of the blood spilled in the American Revolution. Was that war just? What about World War II? How many civilians have to be killed before some kind of intervention becomes necessary or moral?

You don’t have to believe in the morality of war to honor those who died. But by all means parse out each individual soldier. Play St. Peter and judge them on their worthiness of being honored. Go ahead and memorialize the 53 percent that meets your criteria while making sure none of the 47 percent receive any of your well-wishes. If you want to find someone to blame, there’s a much more worthy target than soldiers — especially the dead ones.

The blame for wars lies squarely at the feet of the government. It’s easy to excoriate soldiers for being the weapons of war, but that ignores the fingers pulling the trigger. With drones replacing front line soldiers, the impetus to change the way our government operates grows exponentially. When war becomes as cold and sterile as playing a video game, it doesn’t bode well for a peaceful world.

You cannot hope to put an end to warfare by heaping blame on the soldiers. It’s counterproductive and only inflames the passions of the citizenry. To spur change, our words and efforts have to be focused on the highest halls of power. The State will try and deflect, to blame the rest of the world for forcing their hand, for coercing them into war. It will arouse patriotism through statues and songs and through co-opting days of memorial.

It is far too easy to get caught up in celebrating Memorial Day the way the government wants us to. They want us to forget the endless wars, the needless interventions. But that’s not the point. Memorial Day wasn’t started by the government as a way to stoke patriotism. It was a simple day of remembering those who died in battle, no matter who or why.

Memorial Day isn’t a once a year quote thanking the military for their service. It’s not an excuse to wave a flag and proclaim our country the greatest in the world. It’s not an excuse to hate anti-war activists and those who would dare speak out against our foreign policy. The State has equated the day with patriotism to dull the senses of the masses. To cow those who would speak out against the heroic American solider serving selflessly overseas to protect our freedoms, Democracy; whatever the buzz words of the day are. But that’s not what Memorial Day is for.

It is a day to honor American soldiers who have died in battle. That’s all.

It’s really that simple. There’s nothing pro-war or pro-government about it. If anything, the concept of remembering the hundreds of thousands of dead American soldiers is decidedly anti-war. If more people remember the cost of war in human terms then it becomes harder for the government to abuse its powers.

The government may have stolen Memorial Day for their own means, but that doesn’t mean remembering the fallen should make us uncomfortable. Remember that as long as government has the power of life and death, there will be more and more soldiers who die and become merely statistics in a book. So celebrate Memorial Day, and remember the soldiers — maybe more than once a year — but do more than that; fight for a world in which they no longer have to be memorialized.

As you might know, Sen. Rand Paul, that curly-haired moppet from Kentucky, has been filibustering the nomination of would-be CIA director John Brennan for more than four hours now. In his quest to get Attorney General Eric Holder to say that no drone strikes can be used on American citizens on our soul, he has been backed by GOP Sens. Mike Lee and Ted Cruz, and Democrat Sen. Ron Wyden. Rand has quoted Lysander Spooner, Friederich Hayek, flirted with, but then unGodwin’d just in time, by dropping some nuance re Hitler comparisons (currency run amok and the dangers of democracy, it’s okay, folks).