Uncle Obama Wants You, You Punks — to Sign Up for ObamaCare 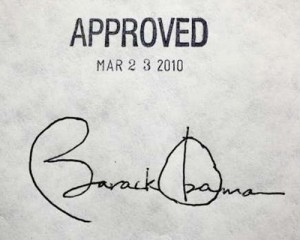 The Pittsburgh Post-Gazette ran a pitiful guest op-ed advertisement extolling the importance of young people signing up for ObamaCare on March 19.

Michael Maher of Dormont, PA,  a healthy young man of 27, told how he was saved from a life of certain blindness by the benefits of ObamaCare. He urged all young people like him to heed his tale and sign up for the Affordable Care Act by March 31.

The article’s provenance smells fishy (Maher should look for a career in newspaper editorial writing, if he really wrote it, or send a thank you card to the P-G editor who rewrote it for him).

The article also was cloudy on some of the facts that would have made Maher’s pitch a little less persuasive to those not working on behalf of the Obama administration.

So let’s get this straight: A young man of 27 who’s smart enough to craft a perfectly written endorsement/testimonial for the Affordable Care Act was not smart enough to know that he should spend 70 bucks of his own money to have his own eyes checked?

He had to wait until the fabulous ACA came along and saved him from the possibility of a future of blindness? It’s great that he’s only paying 25 bucks a month for his government-subsidized health care; it’s great that his eyes were Ok.

It would have been helpful to have included the price of that “pricey” Optical Coherence Tomography/Nerve Fiber Analysis in his inspiring tale. It’s about $125. A latte a day at his coffee shop, no doubt.

I tried to find out if eye care for adults is covered by the ACA. It is for kids under 19. I’m not going to waste my time looking through the umpteen-thousand pages of the ACA to find out how or if healthy adults are covered.

But it looks like if you qualify for Medicaid, you can get someone else to pay for your eye care. Is our young man on Medicaid? I don’t know. That fact might spoil his testimonial.

What is that 111 dollar tax credit all about — who is paying Highmark for that each month? The state. The feds?

We’ve been told all the “good” things — all the benefits to the recipient — of virtually “free” or heavily subsidized health care. We’ve not heard about the costs.

Someone bears them, but it wasn’t our healthy young man with the suspiciously high op-ed writing skills.

And here’s what Mr. Maher is doing when he’s not writing phony plugs for the subsidized joys of ObamaCare — helping to sign up the Dormont folk for his man Obama’s Affordable Care Act….

South Hills Get Out The Vote Meeting (Neighborhood Team Meeting)
Join us in Dormont as we talk about what’s going on in the campaign in the next two weeks, and how you can get involved in your neighborhood!