All You Need to Know About El Nino

An El Niño is one of Mother Nature’s ways of reminding us who’s in charge.

The complexities of just this gigantic process alone — which basically drives the planet’s climate — is proof of the idiocy and willful ignorance of those who think man’s puny effluents has anything serious to do with global warming/climate change.

It takes some reading, but this is clear and enlightening stuff from WattsUpWithThat.com, where GW BS gets debunked. 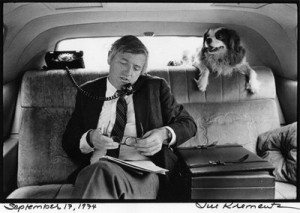 And this particularly sad one:

Bonus points for several hilariously paleo quotes about culture that my friend Ricardo has written on my facebook.

Anyone else have any favorites?

(H/T *The Deceleration of Independents, #:A Renegade History of the United States, @QI) John Payne, executive director of Show Me Cannabis Regulation would like everyone, including people who are pro-legalization, to stop acting like the topic is an excuse to make jokes about Cheetos.

Yes, jokes can be found in all subjects, and allies doing it is less offensive than when the president brushes legalization questions off with a stoner joke, but the point still stands. This issue is finally, almost, something legitimate to discuss after only a trillion dollars, 50,000 dead Mexicans, militarized SWAT teams, and scores of thousands of arrested Americans. We get it, the munchies, LOL, so funny.

This policy is killing thousands of people abroad, eroding our civil liberties by ransacking our homes and suffocating free speech, and creating a permanent underclass of people who have been convicted of nothing more than possessing a plant. I can think of no other domestic policy in the United States today that does so much damage and all in the name of a policy that has been entirely ineffective at preventing people from using marijuana.

When most politically-engaged Americans start to think of cannabis prohibition in these terms, the laughter will stop, and newscasters will stop showing B-roll of people taking bong rips every time they interview a cannabis law reformer. The consequences of cannabis prohibition are deadly serious, and it is time that this issue moves from the periphery of our political discourse to front and center.

Thursday, Not So Much Wednesday, Afternoon Links